Hood and the Highwaymen 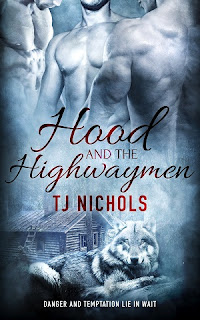 Hood and the Highwaymen is now available on Amazon (and it's in KU). This was my 2018 Patreon story where my patron voted on the direction of the story after each instalment.

Aubrey is a Red Hood, one of the king’s dispensers of justice. He likes that the job gets him out of the city, but he tires of seeing too many abuse the privileges of the role. After three hoods go missing in Nightlark Woods while supposedly capturing the highwaymen, Aubrey is sent to investigate. The king warns him to be careful of werewolves, but Aubrey doesn’t believe in peasant superstitions.

Lyle and Jardin are forest folk; they live in the woods not the town. They keep the trails clear and eke out an existence. For Jardin it’s not enough. He wants more than scrabbling around to survive. With his lover, Lyle, he has been robbing the rich as they travel through. Some of the coins they share with the rest of the village, the rest go into their cache for the day they leave. Jardin isn’t sure he’s ready to leave his pack—he is one of the few werewolves still roaming the woods. If he leaves, he won’t be allowed back, but he hungers for more.

When Aubrey arrives in Nightlark, he finds far more than he expected. Can he protect the wolves and serve his king? Or will he follow his heart and carve out a new life for himself far away from court intrigues?


I have a new story running on Patreon this year, The Witch's Familiar. You can check it out for $1/m.
Posted by TJ at 7:56 AM No comments:

I have a new urban fantasy series starting in mid 2019.
Lust and other Drugs is book 1.

There be dragons...
And satyrs...
And a dead body or two...
And a cop who the dragon really shouldn't be involved with...
Posted by TJ at 5:03 PM No comments:

The Legend of Gentleman John will be out in December as part of the Dreamspinner Press Advent Calendar :)
There are fairies and bushrangers and it's set in Tasmania (where I grew up).
Posted by TJ at 7:26 AM No comments:

Weekend Writing Warriors--Hood and the Highwaymen

I have a story that I'm writing on Patreon where at the end of each part patrons get to choose from three options what happens next. I thought I'd share a snippet from part 1. (Part 3 goes up on the 1st of May).

~~~
Lyle stuck his hand in the leather pouch around the man’s waist. Dried blood stained the leather dark. The inside was sticky and cold. He pulled out several half-crowns a gold ring with some kind of marking and a dozen coppers that would buy a day’s bread for a family.

He wiped his fingers on the dead man’s scarlet cloak and then cleaned each of the coins on the expensive fabric. It was a luxury they couldn’t afford to keep.

“What did you get?” Jardin leaned on the shovel, his dark hair sticking to his forehead. His shirt clung to him in all the right places, but for all the wrong reasons. They shouldn’t be doing this again.
~~~
If you want to follow along or help pick the direction of the story you can follow me here: 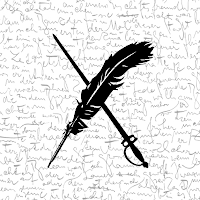 I know some of you have been waiting for a very long time for this (and release day is still a few months away--May 22). But here is the cover for Rogue in the Making (Studies in Demonology 2). 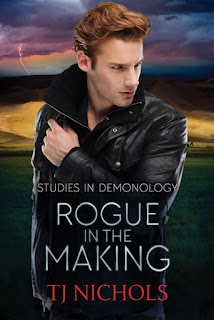 I now have a Patreon page where I'll be writing a new story called Hood and the Highwaymen. I wanted to try something a little different so after I've written each part there will be three different options to vote on, so you get to help choose the direction of the story :)
https://www.patreon.com/TJNichols
Posted by TJ at 9:51 AM No comments:

Kill his lover or disobey his king and instigate civil war?

As the feared court poison master, Nikko is sworn to do as his king bids. As the lover of the king’s nephew, Lord Rodas, Nikko must hide his affection or risk being labeled a traitor and punished. A former thief who clawed his way into the palace from the filthy streets, Nikko longs to be deserving of Rodas’s love.

A respected war hero, Rodas is in a delicate political situation. He is not the kingdom’s natural heir, though many support his claim over the wastrel, Prince Fortin. The last thing Rodas wants is war. His highest ambition is for Nikko to openly wear the jewels he’s bestowed on him as a public declaration of their love.

Neither man is prepared for the king to order Nikko to poison Rodas during the solstice feast or for the deadly intrigue they’re plunged into, which exposes their affair and rocks the foundations of the kingdom.

A story from the Dreamspinner Press 2017 Advent Calendar "Stocking Stuffers."